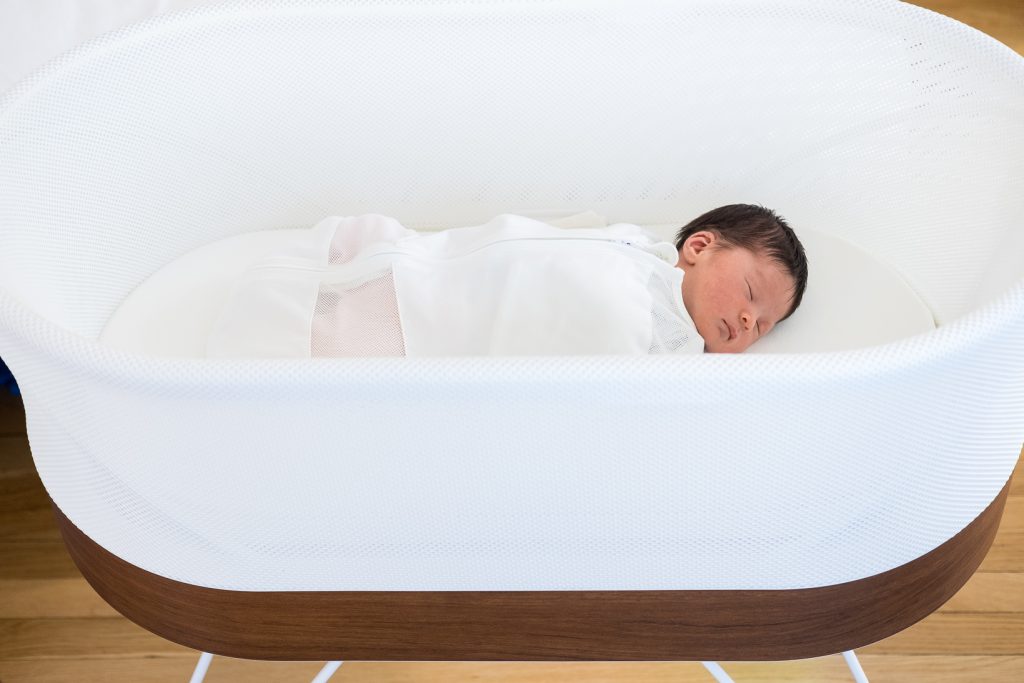 Better newborn (and parent) sleep with the push of a button!  Sound too good to be true?  That’s what the Snoo, a $1,295 high-tech baby bassinet from legendary baby sleep guru, Dr. Harvey Karp, promises.  We’ve been using the Snoo for the past 6 months with our second child, Baby Ava, which has fostered tons of questions from friends and family, curious to know if it really guarantees blissful sleep.  I’m excited to finally share my full opinion of the Snoo as it’s been my pet peeve that all of Google’s top “honest” reviews are from those “gifted” with the Snoo.  While I have no doubt the opinion expressed is their own, I do believe there’s some bias when you don’t have to pay out of your own pocket.  Also, many reviews are also written within the first 3 months, when newborns are generally good sleepers and haven’t hit their first major sleep regression.  I was concerned about creating a sleep dependency, thus I’ve waited to share this review until we went through its full lifecycle.

The Backstory: Why We Purchased the Snoo

One word: sleep!  In all honesty, the Snoo was an emergency panic buy.  Before Ava was born, I researched all the latest baby gadgets to see what (if anything) we might need to upgrade since pulling Bash’s old gear out of storage.  The Snoo had initially caught my eye, especially considering I was already a Happiest Baby on the Block (book and DVD) devotee.  However, we decided to first try having Ava sleep in her UPPABaby bassinet for the first few months just like we did with Bash.  But going on day 5 with increments of 2 – 3 hour sleep sessions, I became a desperate zombie.  While newborns are generally great sleepers, one night, it took about 45 minutes of dance-rocking her back to sleep (mind you, this is after nursing and an initial bedtime rocking routine).  I panicked that she might be one of those babies who needs motion to get to sleep.  Desperate times call for desperate measures, so without hesitation, [cue dramatic music…dun dun DUN….] we immediately purchased a Snoo. 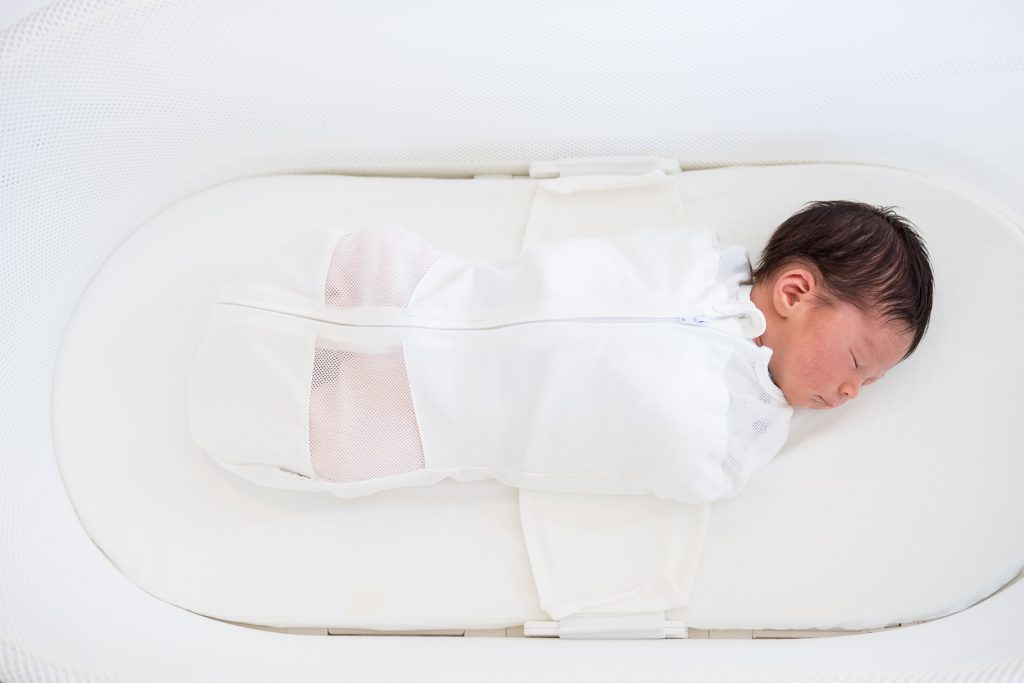 The Basics: How We Use the Snoo

I’m assuming you have likely read a few reviews and already have a basic understanding of what the Snoo does.  Basically, it promises “Safer.Better.Sleep. At the touch of a button” through a high-tech and design-worthy bassinet that soothes via white noise and responsive rocking.  For more of the basic, check out the Snoo product page here and this NY Times article on Dr. Harvey Karp.  Here’s how we have used the Snoo:

0 – 3 months: After buying the Snoo in panic mode, I then became nervous that I’d create a sleep dependency on its motion (Snoo promises your baby won’t become addicted to it; this was just my anxiety kicking into high gear).  So I alternated between the UPPABaby and Snoo for naps.  At night time, I put Ava down in the Snoo, where the gently rocking would help soothe her to sleep.  When she would wake for night feeds, I would return her to the UPPAbaby bassinet since she pretty much passed out milk drunk.  Looking back, I realize I didn’t need to use the UPPAbaby at all, as I could’ve just put her down in the Snoo and left it off (yes, I just now realized this…thanks, mom-brain!).

Having the Snoo at this stage was nice, but I didn’t feel that it extended her sleep anymore than usual as newborns sleep pretty well.  For context, Ava was pretty consistently sleeping 3 – 4 hour stretches as a newborn and 5 hour stretches at night after Month 1.  We even took a break from the Snoo at Month 3 and had Ava sleep solely in her UppaBaby bassinet while we were on a camping trip and she slept just the same (though I assumed the physicality of rocking her before putting her down).  I will say that having the Snoo at this stage made me feel more comfortable putting her down drowsy but awake.

3 – 6 months: This is when I began to use the Snoo exclusively and really started to reap the benefits, so much that I started lovingly referring to her as “RoboMom” and we even took her on vacation with us this summer!  She was a lifesaver during Ava’s 3 – 4 month sleep regression and, while it didn’t reduce the number of wakeups, Ava’s regression period seemed much shorter (lasting 2 – 3 nights instead of 1 – 2 weeks with Bash).  At around 3 – 4 months, we also introduced the Baby Merlin’s Magic Sleepsuit as Ava “Houdinied” her arms out of the Snoo Sleepsack and would flop her legs up and down like a whale tail inevitably waking herself.  This is probably a major no-no in SnooWorld, but Merlin was a lifesaver with Bash and we needed arm-stifling reinforcement.  I wrapped the Snoo Sleepsack’s wings around Ava to prevent rolling.  Note: the new Snoo Sleepsacks were redesigned so that the Medium and Large sizes have arm holes that allow the baby to sleep with his / her arms outside the sack.  We had the original design, hence, our makeshift solution with the Merlin.

Weaning at 6 months: So, the Snoo promises that babies don’t become addicted to it, but there’s no mention of parental dependency, hahah!  I was initially worried we were just creating a sleep dependency, but in reality, I was the one forming a major attachment to RoboMom!  We started weaning a few weeks ago and it was going well with no major issues; Ava slept just the same with the Snoo on “weaning mode” (where there’s no initial motion, just white noise and responsive rocking tailored to any cries).  We did have one setback when Ava caught a cold, resulting in one cheat week back in regular mode.  In the past week, we’ve been back to either weaning mode or I just don’t turn it on.  I figure we will continue like this until I stop procrastinating my crib-buying trip. 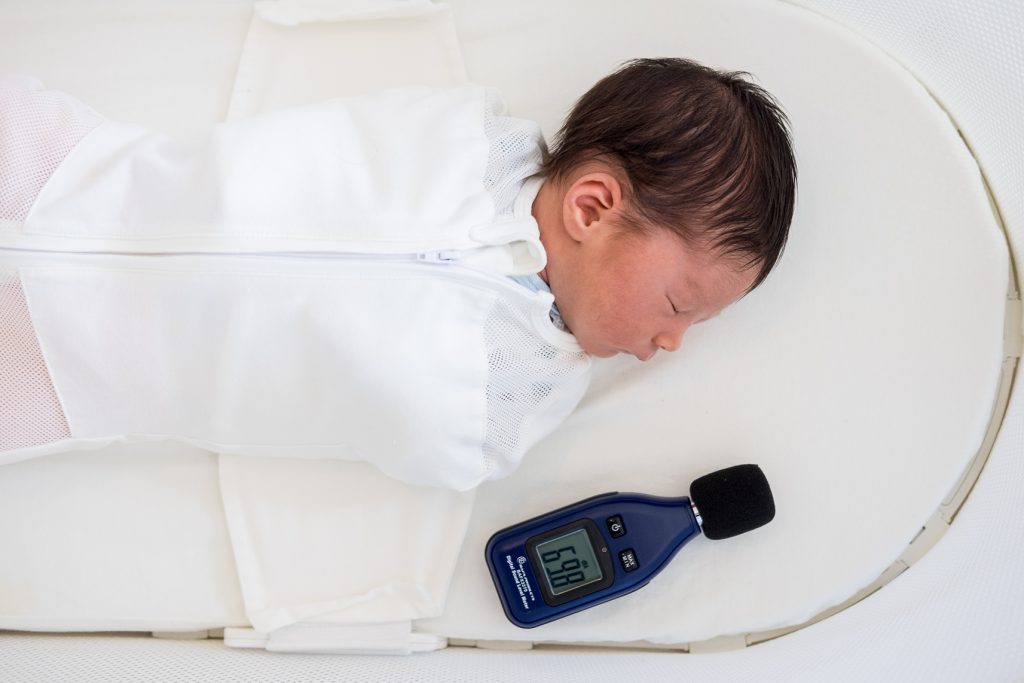 Pros: RoboMom for the Win

I think there are really 2 separate questions to be answered:

If you want to give it a go first without the Snoo, I hear you.  While this time around, it was a luxury having RoboMom, the Snoo wasn’t invented when I had Bash and we all survived (though I did go to a parental support group when Bash was 4 months) when the light at the end of the tunnel was looking pretty dim).  A few of my favorite sleep resources (with or without the Snoo) include:

Have you used the Snoo?  I’d love to hear your thoughts on the Snoo, baby sleep advice, and / or questions about our Snoo experience in the comments.